Dublin regulation: Into the infernal machine of the European asylum system

For many people in exile who seek asylum when they come to Europe, the word “Dublin” brings to mind thoughts of a constant threat which might knock them down at any moment. Far from evoking thoughts of the Irish capital, “Dublin” puts them back into endless procedures, continual suspicion and fear of being sent back to a country where they don’t want to live. La Cimade publishes an Observation Report about the impact of the Dublin Regulation. 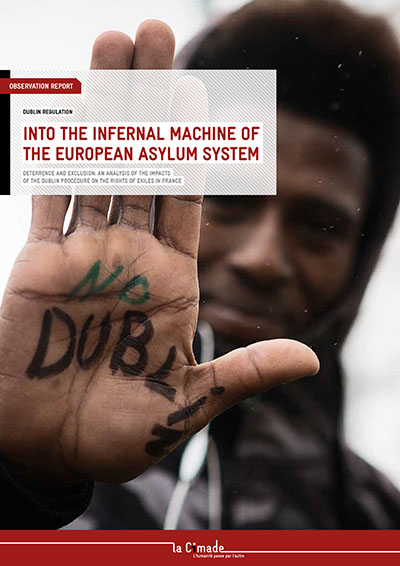 A strategy of dehumanisation

Dublinised: a new term applied to refugees who will be subject to the Dublin Regulation, yet another linguistic trick creating an impersonal category for those suffering under the sadly all too well known Dublin III Regulation. The term allows those using it to distance themselves from the individual situations of those confronting the infernal Dublin machine, to blind themselves to what an individual woman, child or man is living through, a cold and ridiculous public policy. Using dehumanisation to make a policy acceptable is not new and still works very well, so well that even organisations fighting to oppose the Dublin Regulation are using the term dublinised

This report by the Cimade hopes to put an end to rendering these people invisible. The aim is to explain, particularly to the general public, the innumerable, disastrous and often cumulative effects that the Dublin Regulation has on people. It traces and describes in detail, the steps refugees will have to take from arrival in Europe through to the different possible outcomes they will face once they arrive in France, a very telling story. They may end up living on the street or receiving unpredictable and precarious offers of accommodation; suffering interminable administrative checks; spending hours in police stations with minimal regard to human rights or dignity. They will face complex and obscure procedures designed to increase the pressure they are under and encourage them miss some steps of this difficult procedure to be declared as absconded. Those requesting international protection will most probably be held in detention centres or be deported to countries where it is known they will be even less well protected. 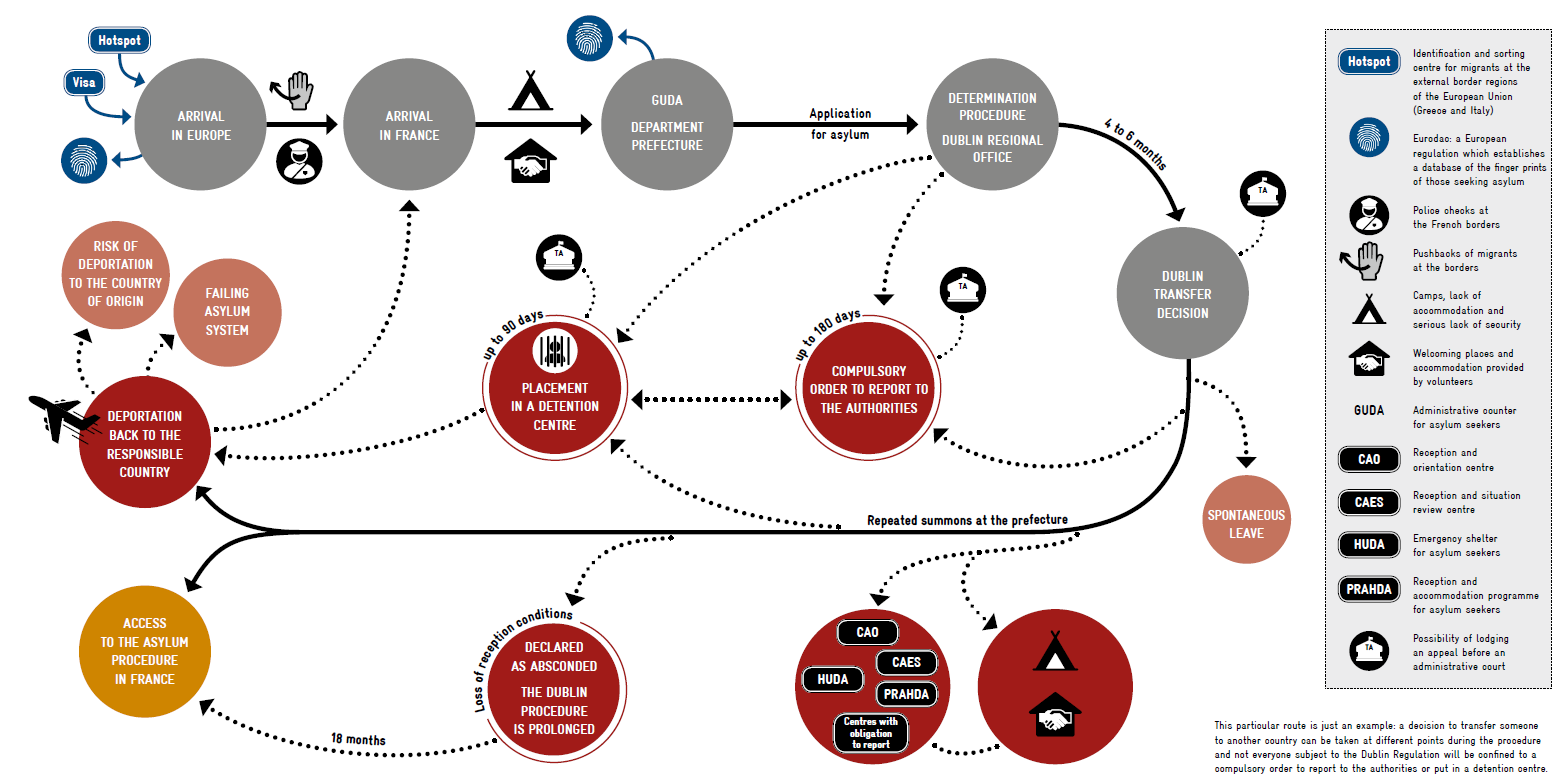 The Cimade’s conclusion is decisive. This report demands an end to the iniquitous regulation and proposes that Europe establish a new policy both at the national and at the European level based on our list of recommendations.

The French government can and must act differently, but, let’s not be naive, the inertia and the zeal with which it applies the Dublin Regulation does not arise from a virtuous desire to respect European law: it does this when it suits. When considering applications for asylum, under the Dublin Regulation France is allowed to exercise sovereignty. In its fight against immigration the French government has deliberately chosen to mistreat thousands of people and to maintain them in situations of insecurity.

We have a right, considering the information gathered is this report, to ask ourselves whether this lack of respect for the dignity and human rights of refugees has not become a vital pillar of European and French immigration policy.

Mondo Agit translated this report from French to English in the framework of the project PerMondo (free translation for NGOs).